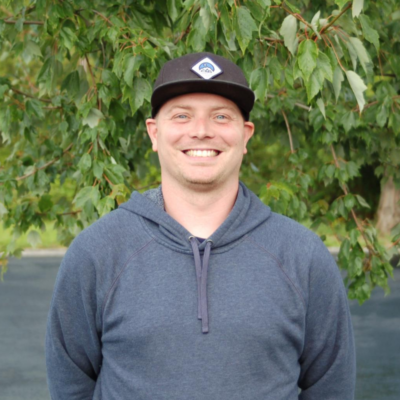 I also noted that three more implications could be taken from the passage. In no particular order, here are the last three.

Sometimes Christians talk like you should have no loyalty for your country as if love for your country is always a bad thing. Jesus shows it’s possible to honor God and honor Caesar, again even if the government is bad.

This is especially clear if you know some Jewish history. The tax in question in Mark 12 is the poll tax or census tax. It was first instituted in AD 6, not too long before Jesus’s ministry. When it was established, a man by the name of Judas of Galilee led a revolt. What was his motivation? Later, Josephus wrote about Judas of Galilee, “He called his fellow countrymen cowards for being willing to pay tribute to the Romans and for putting up with mortal masters in place of God.” See, Judas and the Zealots believed allegiance to God and allegiance to any earthly government were fundamentally incompatible. As far as they were concerned, if God was your king, you couldn’t have any earthly king. Theocracy was the only way to go.

But Jesus disagreed. By telling the people, “Render to Caesar the things that are Caesar’s,” he was saying there are duties to government that do not infringe on your ultimate duty to God. It’s possible to honor lesser authorities in good conscience because they have been instituted by a greater authority.

If you read all that the New Testament says about governing authorities in places like Romans 13 and 1 Peter 2, you see that the normal situation is one of compatible loyalties. The church is not the state and the state is not God, but this does not mean the church must always be against the state. John Calvin said about this passage, “It lays down a clear distinction between spiritual and civil government, in order to inform us that outward subjection does not prevent us from having within us a conscience free in the sight of God. . . . In short, Christ declares that it is no violation of the authority of God, or any injury done to his service, if, in respect of outward government, the Jews obey the Romans.”

In general, then, it’s possible to be a good Christian and a good American (or good Canadian or good Kenyan or whatever). Patriotism is not bad. Allegiance to God and allegiance to your country are not inherently incompatible.1

2. It is acceptable that there be some measure of separation between church and state.

Church and state occupy overlapping spheres, and the government is always ultimately accountable to God. But if we can render some things to Caesar and render other things to God, it must be the case that they are not one and the same, that it is possible to have some separation between the realm of organized religion and the realm of government.

I keep saying “some” because there are all sorts of difficult issues that aren’t going to be solved by Mark 12:17. On the one hand, we shouldn’t pretend that civil legislation is somehow divorced from all moral or religious categories. It can’t be done. If you forbid murder, you are legislating morality. So I’m not saying Christians shouldn’t bring many of their convictions to bear on public policy. But on the other hand, it seems that from this passage, Jesus did not have a vision for the state that meant it had to be ruled by all the laws of God. Jesus was not a theonomist.

Here we may see some contrast between Christianity and other religions. Take Islam as an example. Islam developed with the state and religion intertwined. A faithful and devote Muslim will work to make the state explicitly Islamic. In contrast, Christianity was, at the beginning, a persecuted minority religion that accepted the distinction between a spiritual kingdom and a civil kingdom. The rights protected in the First Amendment are not just a nod to tolerance; they are consistent with Christian convictions.

This point was implied within the context that we owe our ultimate allegiance to God. This provides room for civil disobedience. To see the full manifesto on Christian conduct in the world check out this post. So far we’ve been looking at the first half of Jesus’ statement: “Render unto Caesar the things that are Caesar’s,” but now we need to look at the second statement: “Render to God the things that are God’s”.

Human government is always run by humans. And as such, there will always be a gravitational pull toward idolatry. Governments, unless there are checks and balances, tend to accrue more and more power. And, if we are not careful, we start to believe that Caesar really may be God, the state really may have all the answers, the government may be able to give us everything we need. But Jesus not only tells us to respect the government, but he also tells us quite clearly that the state is not ultimate. We should not count on the government to be the primary source of change within the world. The government has authority but not comprehensive authority. It doesn’t matter what country you are from, America, China, or Guatemala, your government is not God.

Where do we go from here?

Based on the first three implications and now these three, Christians have an opportunity to be prophetic witnesses within the world. The application is key. Frankly, as I’ve used the term “government” in relation to an American context, I’ve probably assumed too much. Does the government consist of “we the people?” Or, the executive, legislative, judicial branches, and the representatives that make up these branches? Regardless, people have willingly submitted to some representation which limits their autonomy within our country. Therefore, Christians should consider acting prudently for the sake of the gospel.

Are there certain restrictions in place that Christians can adhere to because they are not condemned in the Bible, nor prohibited within the Scriptures?

Christians should not make mountains out of mole-hills, as the old saying goes. Even if some cultural steps seem like a “slippery slope” because they go against the historical American way of life, Christians must distinguish between what’s American and what’s Christian.

Connect With Us!
We would love to get to know you. Contact us below and someone from our team will be in contact with you.